I wasn't able to get this published by any of the newspapers I worked for at the time, but I sure had fun making it. If the right panel is obscured, click on the image to view it in its entirety.

Posted by Unknown at 6:36 AM No comments: 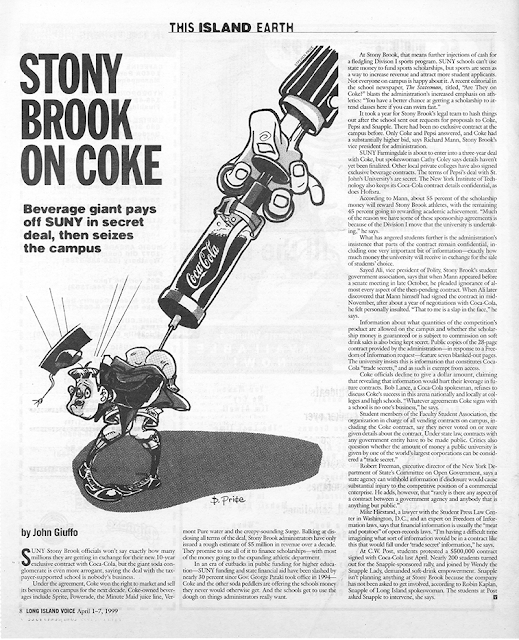 You may feel a pinch... of nostalgia from this old school spot illo from the short-lived Long Island Voice, the Village Voice's foray into Nassau County.

Posted by Unknown at 5:12 AM No comments: 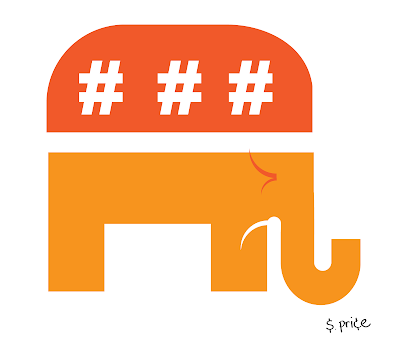 Posted by Unknown at 9:13 PM No comments:

War on the Other 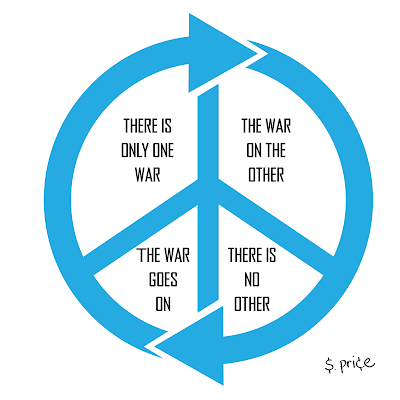 Posted by Unknown at 3:47 PM No comments:

The Quintessential Crime In Progress 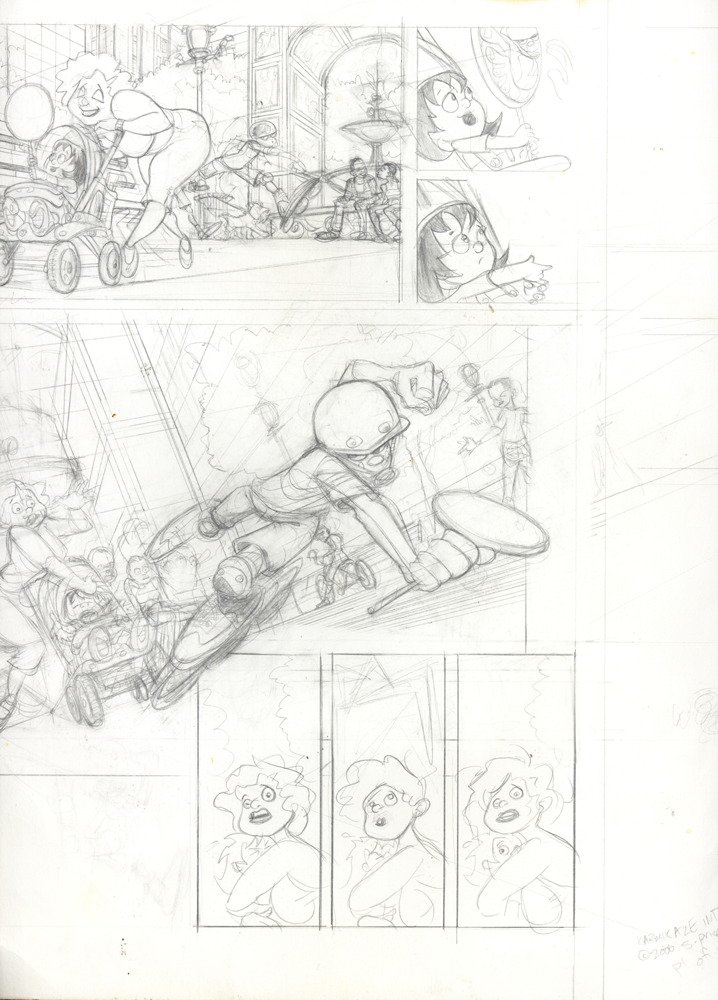 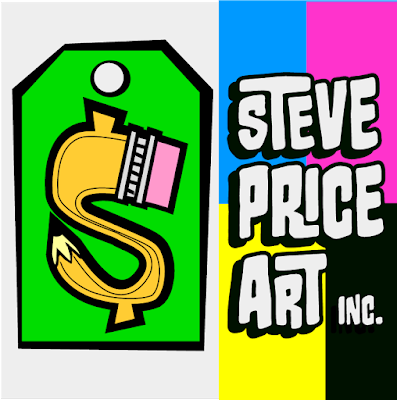 It All Starts with

Posted by Unknown at 8:54 PM No comments:

Where All the Lights Are Blight

Going downtown?
Posted by Unknown at 8:22 PM No comments:

Posted by Unknown at 8:43 PM No comments:

TRUMPSTIKA- The Fears of Former Foes in Familiar Colors 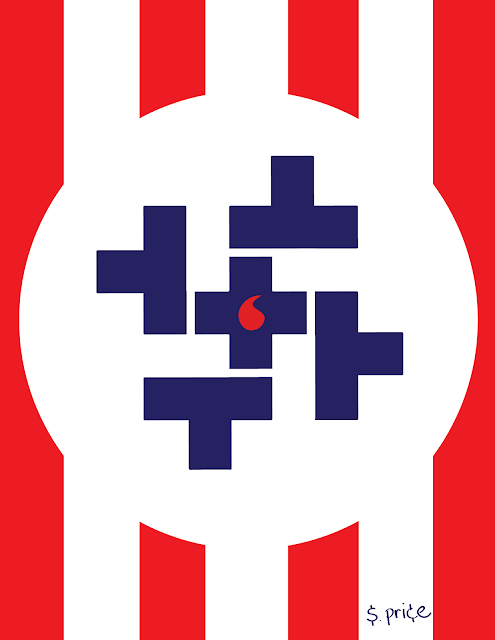 The Fears of Former Foes in Familiar Colors

Posted by Unknown at 9:45 PM No comments: 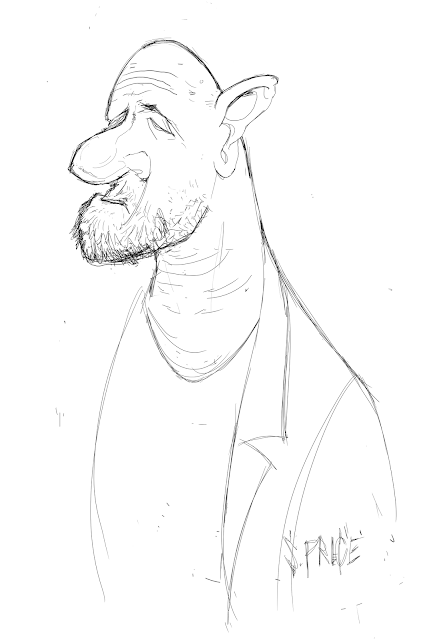 Posted by Unknown at 1:44 PM No comments:

The End Is Out There: Guess the X-Finale

Contains spoilers for two iterations of The X-Files,  a 19th Century book and a 20th Century movie

The truth may still be out there, but it won't be there for long. The last of Fox TV's six-episode revival of The X-Files , the cult sci-fi conspiracy television series that made stars of its leads,  David Duchovny and Gillian Anderson, airs next Monday night.

How will it all end? Some uninformed guesses, intended for fans of the original series who have seen all but the final episode of the 2016 season (and wrapped in some well-informed spoilers, spoilers, SPOILERS) appear below. They are predicated on the show's tried and true formula of combining a complex, series-spanning plot (which X-philes have come to call the Mythology) with standalone, occasionally humorous digressions, known, affectionately, as the Monster of the Week episodes. You have been warned. Break out your blinding flashlight and proceed, if you dare.

Super Serious Mythology Ending Guess
All roads point to Agent Dana Scully’s demise. This season's reference to her ostensible immortality, allegedly posited in a cryptic line from Clyde Bruckman's Final Repose (Season 3, 1995),  was not a guarantee of safe passage for Doctor Dana. There hasn’t been this big a bullseye painted on the star of a pop culture juggernaut since Kirk asked Spock “Aren’t you dead?” in the opening minutes of Wrath of Khan.  As if her mother’s passing, a vision of the River Styx and the sound of Angel Trumpets over the course of the most recent adventures weren’t suggestive enough, the canine callbacks to Moby Dick only serve to remind us that Scully’s nickname is Starbuck (who died on his captain’s mad quest); not Ishmael, sole survivor of the Pequod.

The heartbroken audience, shattered by and sharing the grief that drives Man on Fire Fox Mulder will follow him on his new series- er, crusade. A new, gritty, earthbound Mythology will arise around the solving /avenging of Scully’s murder. This will be punctuated by new Monster of the Week, episodes featuring paranormal events that, depending on one’s view of Mulder’s sanity, may or may not suggest Scully’s intercession on Mulder’s behalf from beyond the grave.

Wacky Monster of the Week Ending Guess
Mulder and Scully’s grown son, William, in trope-tastic Sci-Fi tradition, uses his otherworldly powers to travel back in time, becoming, through a series of mishaps, his own grandfather, Bill Mulder! 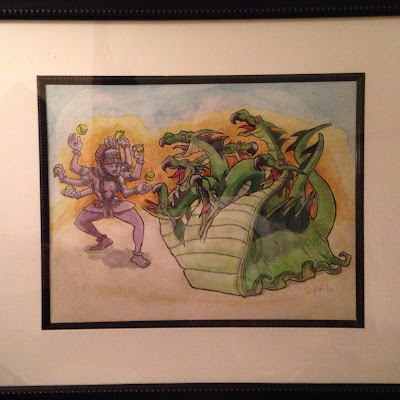 Honored to have my painting, "Heel, Hydra!" (2015, Watercolor on paper)  included in the group show, "Wild About Harryhausen", dedicated to film legend and Dynamation master Ray Harryhausen, which opens tonight at the Merry Karnowsky Gallery in Los Angeles. Special thanks to that stellar artist and super human being, Travis Louie, curator for this show, whose solo show, "Watch the Skies", opens there tonight as well.
Posted by Unknown at 12:58 PM No comments: 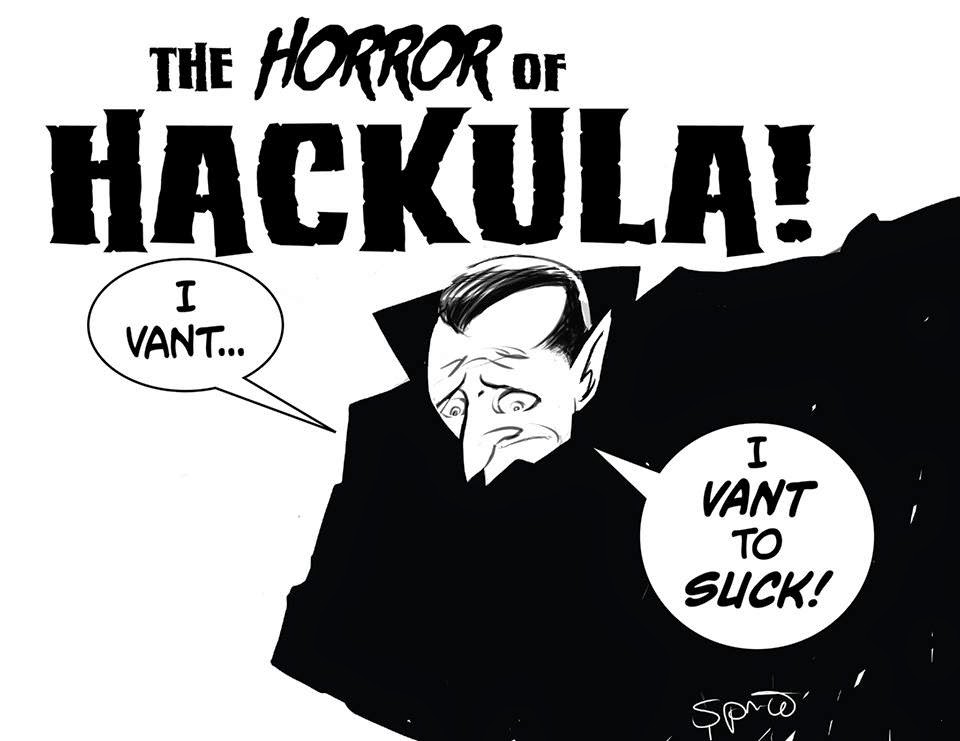 Beware this midnight monster and the terrible temptation to be his thrall!
Posted by Unknown at 11:50 AM No comments:

One day I'd walk from this tiny town
As soon as I’d put that first foot down.

And I’d see wonders the world ‘round
After I’d put that second foot down.

Adventures and treasures would surely abound
After I’d put that third foot down.

And my head might even wear a crown
After I’d put that fourth foot down.

And a love like no other would be what I had found
After I’d put that fifth foot down.

But my timid feet waited here, dreaming of then
Now the clock is clucking “If not now, well, when?”
You can’t chase your dreams if you’re standing around
And you can’t do much walking when you’re six feet down.

©2014 Stephen Price. All Rights Reserved
Posted by Unknown at 9:06 AM No comments: